Want to know more about what was discussed at OBS 2016?

Click here to view our "OBS16 At A Glance" document.

The 8th Annual Ontario Bike Summit (#OBS16) took place April 19th and 20th, 2016 at the Eaton Chelsea Hotel in downtown Toronto. The theme was "What's Next for Cycling" and included:

Thank you to everyone who attended - we look forward to seeing you again in 2017!

Our 2016 summit agenda can be viewed here

Each year, Share the Road recognizes the impactful work of advocates across Ontario with our Wheels of Change Advocacy Award. This award recognizes leadership, innovation and relationship building in cycling advocacy. Award recipients are nominated by their peers and selected by the Share the Road Board of Directors. This year, the recipients were recognized at the Ontario Bike Summit.

About the Ontario Bike Summit

The Ontario Bike Summit provides a forum for decision-makers to be inspired by best practices from around Ontario and beyond, to gain the practical skills necessary to act on that inspiration and to build new connections to learn from the growing network of people interested in making Ontario the best place in Canada to ride a bike. For a summary of past summits:

Since its inception, the Ontario Bike Summit has been the premier event where decision-makers, practitioners and advocates come together to learn and discuss strategy for making Ontario's roads safer for all road users. The collaborative, results-focused nature of the Ontario Bike Summit has led to some incredible results, and has put cycling firmly on the radar of decision-makers at all levels of government.  Successes include:

We thank our 2016 Sponsors for their assistance in making this event possible: 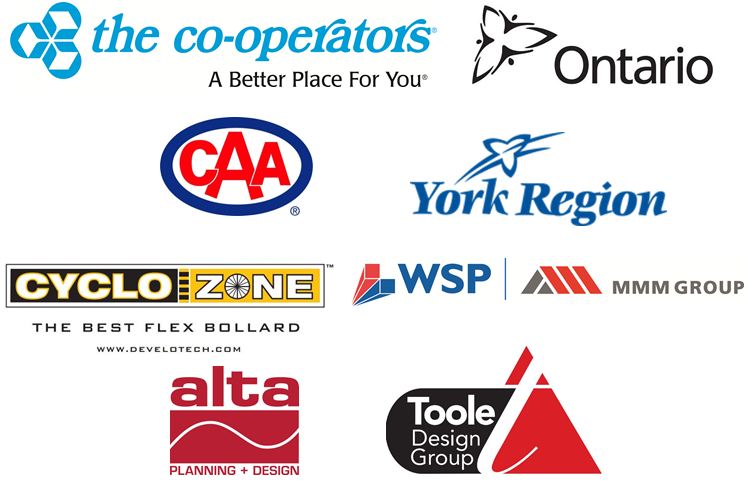 Thanks to our Media Sponsor: